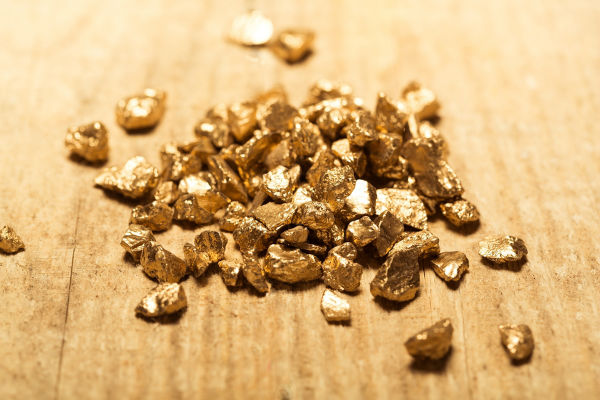 REUTERS – Gold prices have fallen as the US dollar has strengthened on increasing bets that the Federal Reserve will raise US interest rates in December.

Chicago Fed President Charles Evans said in Sydney he “could be fine” with raising rates in December, but would first like to see how the economy and inflation progressed.

Traders have priced in a 70 per cent chance that the Fed will raise rates at a December 13-14 meeting, up from 66 per cent early on Friday, according to CME Group’s FedWatch tool.

“A stronger dollar is weighing on most commodities and there is the outlook for the Fed potentially raising rates in December, which is damaging for gold,” ING commodity strategist Warren Patterson said.

On Friday, bullion touched a four-month low of $US1,241.20 an ounce after forecast-beating US data and comments from Fed officials saying there was a strong case for raising rates.

The US dollar hit an 11-week high against a basket of six major currencies, making dollar-denominated gold more expensive for holders of other currencies.

“The market’s starting to get some belief that the Fed’s going to follow through,” said Rob Haworth, senior investment strategist for US Bank Wealth management in Seattle, referring to expectations for a rate hike in December.

“Everything still seems to be pointing to slow growth. I think the gold market is coming to grips with that.”

Since gold pays no interest, the precious metal is highly sensitive to increases in US interest rates.

UBS Wealth Management Research said in a note that it introduced a new overweight palladium versus underweight US natural gas position in its relative commodity preference.

“The white metal is likely to benefit from strong car sales, while milder temperatures are likely to weigh on US natural gas prices,” UBS said.