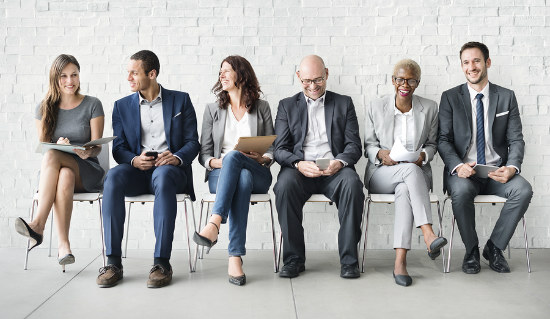 The jobless rate has been above the average of the big developed economies for a year and a half now, and the way things are going it could stay there for a while longer.

Official jobs figures for June are due on Thursday but it’s unlikely they will stray much from the May estimate of an unemployment rate of 5.7 per cent.

And so is the average of 5.4 per cent calculated by the OECD.

The G7 average had been above Australia’s jobless rate for over 12 years, from early 2002 to late 2014, as Australia benefited first from the mining boom and a well-executed policy response to the global crisis.

But the position was reversed as Australia’s unemployment rate rose in fits and starts over nearly four years from early 2011, thanks largely to the policies that helped the other economies bring their jobless rates down at the same time.

The damage was inflicted largely through the Australian dollar, which rose to parity with the US dollar in late 2010, as the ultra-low interest rate policies in the big economies encouraged investors to put their cash into higher-yielding Australian dollar deposits.

As well, strife in the euro area, centred on Greece, prompted a search for safety.

And there are few places further removed from Greece, either geographically or economically, than Australia.

More recently, the end of the mining investment boom has weighed on the jobs market.

As a result, from being three percentage points below the G7 average in mid-2010, Australia’s jobless rate is now 0.3 points above it.

And current trends give no reason to expect anything else.

The Australian unemployment rate has fallen only 0.2 percentage points in the past year and is now on a flat trend according to the Australian Bureau of Statistics.

But the OECD major-seven jobless rate has fallen more than twice as much over the same interval.

Australia is still doing better than the average for the whole OECD, which includes the struggling economies in Eastern Europe and around the rim of the Mediterranean.

The Slovak Republic, Italy and Portugal all have jobless rates in the 10 to 12 per cent range, while Spain has an unemployment rate of 19.8 per cent, eclipsed only by Greece’s 24.1 per cent.

The average for the whole OECD was 6.3 per cent at last measure in May.

But that’s still down from 6.9 per cent a year earlier.

And if that trend continues, the OECD average will fall below Australia’s some time around October next year.