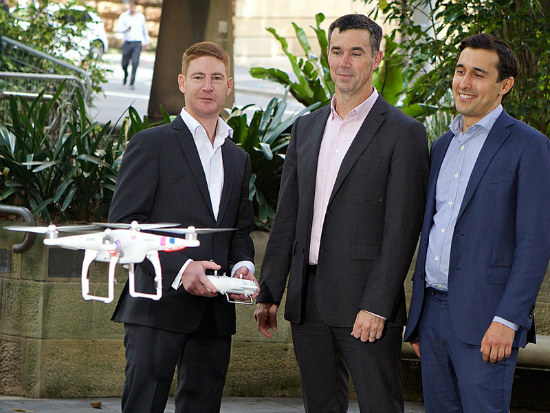 Drone detection firm DroneShield has made a flying start to life on the share market, gaining more than 50 per cent in value.

The company develops sensors and software to acoustically detect drones – a capability the company says will become increasingly necessary as the drone market booms, with an estimated 12 million commercial drones in operation by 2020.

Shares in DroneShield, which is dual-headquartered in Sydney and Virginia, gained 10 cents to 30 cents in their first session on the market.

DroneShield’s technology detects the acoustic signatures of drones, analyses them via a signature database, and alerts the technology user.

The detection system can be used at airports, utilities, prisons, stadiums, borders and defence installations.

Chief executive James Walker says DroneShield now wants to develop a full drone security platform that can not only detect drones but deploy counter-measures against them.

That does not necessarily mean shooting them down – another capability could, for example, be neutralising the drone by jamming the signal.

“We want to identify the right counter-measure technology and sell the combined product in the markets where it’s allowed today,” Mr Walker told AAP.

The company will use the money raised to fund its operations, and intends to expand its sales and research teams, and its distribution network.

Mr Walker said DroneShield was still a developing company that was too small to list on US share markets, so it was decided to list on the Australian market to take advantage of the lower fees.

He also said Australia had a good talent pool of engineers who could help further develop DroneShield’s technology.